Assessing if we are about to see a paradigm shift is twice crucial. First, and foremost, as human beings living within societies, if such a change happens, then we need to be ready for the upheavals that precede and accompany such deep revolutions, as stakes, both ideological and material, are at work to try blocking change. We also need to understand what is happening to take the right decisions in our lives, hopefully with the right timing, to mitigate adverse impacts and favour positive ones. Second, in terms of strategic foresight and warning analysis, the deepest layers of ideas organizing societies and their interactions are fundamental frameworks, within which any understanding must be located. If changes are in the making, then they will forcibly alter the future, while the present is most probably already being affected, giving rise to a feeling of unpredictability. Actually, it is not so much that there is a novel unpredictability settling in, but that the lenses through which the world is analysed and then acted upon are inadequate.

Paradigms are encompassing thought patterns and related sets of practices, which “for a time provide model problems and solutions” (Kuhn, viii). The contemporary use of the word comes from Kuhn’s The Structure of Scientific Revolutions (.pdf version), and thus hard science. We use here its application to history (and social science). From a European (and Western) point of view, for example, we would thus have the Middle Age, Modernity, something new still unnamed. Through the process of modernization, Modernity has reached most of the globe with varying timing, success, depth of impact and finally versions, and is thus a paradigm that is relevant globally.

Modernity is defined by sociologist Anthony Giddens as

(1) a certain set of attitudes towards the world, the idea of the world as an open transformation by human intervention;

(2) a complex of economic institutions, especially industrial production and a market economy;

(3) a certain range of political institutions, including the nation-state and mass democracy.

Largely as a result of these characteristics, modernity is vastly more dynamic than any previous type of social order. It is a society – more technically, a complex of institutions – which unlike any preceding cultures lives in the future rather than the past” Conversations with Anthony Giddens: Making Sense of Modernity 1998, p.94.

This is what a large part of the world has known for the last centuries, to the least for the main part of the twentieth century, and which may be about to disappear (Lavoix, 2005: 20).

Some examples of previous paradigm changes are, in Europe, the shift from pre-modern to modern time (the end of the Middle–age and the Renaissance), a similar shift taking place in the whole of Eurasia, as shown by Lieberman’s work, the Meiji Transformation in Japan, Iconoclasm in the May Fourth Era in China, to borrow Yü-sheng Lin’s title. According to Kuhn, the paradigm switch itself is relatively sudden and unstructured. Before it happens, a crisis occurs, that is “brought about by the accumulation of anomalies under the previous paradigm.”  (Curd and Cover, 218). In science this means debates. In historical life, this is most likely to mean struggles and conflicts, while problems cannot find solutions anymore.

In our tentative application of Kuhn’s theory to history, we may either have the old and the new paradigms cohabitating with struggles between the two (and their “proponents”), or the old inefficient paradigm trying to survive attacks by those who see and understand it is not adequate anymore. The crisis would continue until a new efficient paradigm emerges and the shift (the complete adoption of the new paradigm) takes place. Upheavals are most likely to continue for a while as related human institutions are created and work at stabilising the situation.

As pointed out by Ertman in the case of the search for new adequate models of socio-political organisations, ideological and material stakes in the old paradigm, and in all institutions and layers of beliefs that are derived from the paradigm, block the full emergence of the new paradigm or the search for new solutions. The dynamics that are most likely to be at work have been presented in the Chronicles of Everstate, in a fictionalized way to ease understanding: Ideological Stakes in an Outdated Worldview and Material Stakes in an Outdated Worldview.

A paradigmatic crisis is probably progressive, with peaks but also accumulation of tension. Consciousness of the needed change probably occurs only slowly. When sufficient awareness has dawned, which, for us, may be now, then the emergence of the new paradigm, the shift itself, may not be far away; yet efforts at understanding and adapting are more than ever necessary, while the struggle to maintain the old paradigm and its advantages continues unabated and is even likely to strengthen.

The multiple crises (the environmental cliff to use the words of Jeremy Grantham, the sovereign debt crisis, the financial crisis, the global economic crisis, global water insecurity, resources depletion or insufficiency, international tensions, etc.) through which we are currently living could actually be much more than “just” the juxtaposition of unrelated crises. They could signal that we are in the midst of a paradigm crisis. 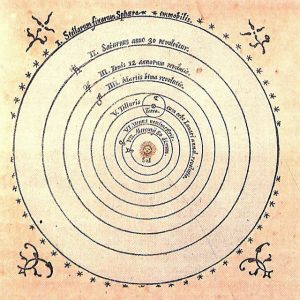 We would thus be living close to a paradigm shift, which would see us leaving modernity. Such a transition would mean that our perceptions, world-views, understanding but also consequent sets of practices, change. They need to do so as they do not provide anymore for solutions, as shifts are demanded by the incapacity of the previous paradigm to help human societies making sense of the world and thus surviving. This does not imply that all previous beliefs and practices disappear, but that they may be perceived, used, interpreted otherwise, although some will also totally vanish.

Considering the huge potential impact a paradigm crisis and a shift would have, it is necessary to try monitoring if it is really happening and what is happening, to fully include the possibility of this paradigmatic change in our analyses and to be on the look out for elements of the new paradigm.

Using Giddens initial definition, we should be ready to see disappearing or considerably changing:

Before to close, I would like to quote Richard Tarnas, as he wrote a beautiful description of what a paradigm crisis and shift entailed, in the past:

“Yet it would be a deep misjudgment to perceive the emergence of the Renaissance as all light and splendor, for it arrived in the wake of a series of unmitigated disasters and thrived in the midst of continuous upheaval. Beginning in the mid-fourteenth century, the black plague swept through Europe and destroyed a third of the continent’s population, fatally undermining the balance of economic and cultural elements that had sustained the high medieval civilization. Many believed that the wrath of God had come upon the world. The Hundred Years’ War between England and France was an interminable ruinous conflict, while Italy was ravaged by repeated invasions and internecine struggles. Pirates, bandits and mercenaries were ubiquitous. Religious strife grew to international proportions. Severe economic depression was nearly universal for decades. The universities were sclerotic. New diseases entered Europe through its ports and took their toll. Black magic and devil worship flourished, as did group flagellation, the dance of death in cemeteries the black mass, the Inquisition, tortures and burnings at the stake. Ecclesiastical conspiracies were routine, and included such events as a papally backed assassination in front of the Florentine cathedral altar at High Mass on Easter Sunday. Murder, rape, and pillage were often daily realities, famine and pestilence annual perils. The Turkish hordes threatened to overwhelm Europe at any moment. Apocalyptic expectations abounded. And the Church itself, the West’s fundamental cultural institution, seemed to many the very center of decadent corruption, its structure and purpose devoid of spiritual integrity. It was against this backdrop of massive cultural decay, violence, and death that the “rebirth” of the Renaissance took place.” The Passion of the Western Mind, (Pimlico, 1996 [1991]), p.225.

Lin Yü-Sheng, The Crisis of Chinese Consciousness: Radical Antitraditionalism in the May Fourth Era, (Wisconsin: The University of Wisconsin press, 1979).

Tarnas, Richard, The Passion of the Western Mind: Understanding the Ideas That Have Shaped Our World View, (London: Pimlico, 1996 [1991]).